Buy cupping glasses: Cupping glasses have been around for many years and are supposed to help improve some body problems.

Buy cupping glasses: What is cupping?

Cupping is a therapy for the skin that has been known for thousands of years, in which special cups are placed on the skin for a few minutes and then a negative pressure is generated. Cupping has many purposes, among others to support pain, inflammation, blood circulation or as a kind of deep massage. Cupping glasses are made of different materials, for example:

That’s how it looks then:

After insertion, the cups are usually left on the skin for 5 to 15 minutes, leaving bruises or discolorations that can last from several days to a week or longer.

There are different types of cupping therapy:

However, today’s rubber-based attachments make cupping glasses easier to use and can be used quickly with suction pumps, making dry cupping more important.

Cupping therapy has received a lot of attention in recent years, but it has already been developed, but it is not new. 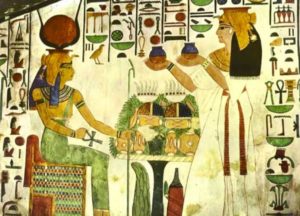 One of the oldest medical textbooks in the world that describes Papyrus “Ebers” from 1500 BC that cupping therapy was used in Egypt. A picture of it on the right: (Source: https://buddhatherapies.com/style/egyptian3.jpg) In the Asian circle cupping is also called Hijama.

Cupping became known, for example, in the 2016 Olympics, when Michael Phelps visibly had several cupping sites on his body. Source: Michael Phelps Instagram. 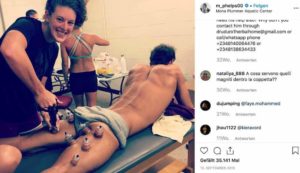 The New York Times observese:
Physiologically, cupping is believed to draw blood into the affected area, reduce pain, and accelerate healing of overworked muscles. Athletes who use it swear that it keeps them free of injury and speeds recovery.

The procedure for wet cupping is roughly the following:

Here’s a report on it:

Cupping: Method at a glance

Cupping is based on the assumption that there is a connection between pain and congestion.
An old Chinese medical maxim says: Where there are congestions, there will be pain.

So whoever removes the congestion also removes the pain. Many diseases come from stagnation, congestion and blockages. Liquids such as blood, mucus or lymph can then no longer flow properly. Cupping creates a suction that “sucks out” the blockage and dissolves these congestions.

Often pain is the essence of a disease, because suffering or disease arises when things don’t flow properly, when there are difficulties or obstacles to the natural flow in the body. That’s what Galen meant, when he wrote of the disease as an unnatural condition.

Cupping dissolves stagnation and congestion and distributes pathogenic heat, toxins and inflammation by drawing them to the surface of the skin for release. Pathogenic heat and toxins can fester on the organism when submerged and under pressure, but are degraded on the surface. Cupping can even help alleviate fever.

By improving blood circulation to blood, lymph and other vital fluids and dissolving and distributing blockages and congestions of sickly waste, toxins and pathogenic substances, cupping improves the excretion of waste from the organism. In medicine, the proper and timely removal of waste from the body is an important aspect of hygiene. Whether it’s constipation, urinary pressure, or even suppressed menstruation, the retaining excessive amounts of anything that should be expelled is a major cause of weakness and disease.

Here’s where it gets scientific now. As always, we base our results on scientific knowledge.

A study published in 2012, in which 135 cupping therapy studies were examined from 1992 to 2010, found that “cupping has a potential effect in the treatment of herpes and other specific diseases”, but “further strictly designed studies on its use for other diseases are justified”.

When not to cupping?

The study “Cupping therapy: A prudent remedy for a plethora of medical ailments” from 2014 found that cupping (wet) can also do some wrong:

It is therefore advisable to first have wet cupping done by an expert.

What can cupping therapy be used for?

Everyone is free to do this, but frequent goals are weight loss, cellulite reduction, pain relief, stress reduction and facial rejuvenation.

Buy a back bandage: Back supports have been around for many years and are designed to help protect the back. Buy a […] 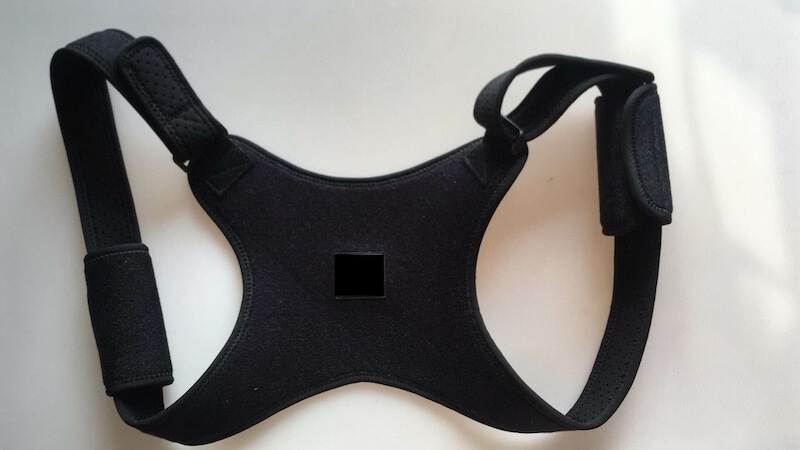 You want to buy a posture corrector: these bandages for posture improvements are a relatively new product category designed to help improve […]

Buy Hallux Valgus/bunion splint: the toe separators have been around for many years and are intended to help improve the posture of […]